The 5 Biggest Challenges in Reducing Recidivism 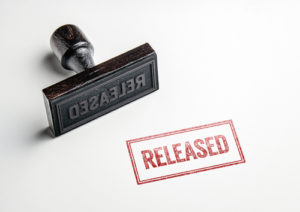 There are many reasons why a person ends up behind bars. When considering what contributes to recidivism, there are equally as many reasons.

The challenges of reducing recidivism are many. From purely economic factors to mental health issues and various points in between, parolees have to weather many different challenges as they try to reenter society and stay out of jail.

Below is an exploration of five primary barriers to reentry that significantly contribute to recidivism.

Lack of Reentry Programs for Prisoners

The challenge of reducing recidivism begins before a prisoner is even paroled.

Though many educational and job training programs are available in jails and prisons, it is not a given in each facility. Furthermore, programs that help socialize inmates and prepare them for entry back into the community can be underfunded, not rigorous enough, or might not exist at all.

This is unfortunate because reentry programs, like work release initiatives, have been shown to have a significant, positive impact on reducing an inmate’s likelihood to re-offend. As Duwe (2015) shows, reentry programs that focus on job skills and work experience help reduce recidivism while also improving the parolee’s chances of getting a job.

Without programs like this to help set inmates up for success and usher them back into society, they can be woefully ill-prepared for living independently again. The more unprepared a parolee is for life in the real world, the more likely they are to re-offend. To that end, a challenge for those in the criminal justice system is ensuring that parolees are prepared for release in advance and have the support they need once they are released.

Another challenge in reducing recidivism is a one-size-fits-all approach to reentry that is so prevalent in the American prison system.

Studies indicate that there is no single method of supportive reentry that works the best. Instead, what is crucial to the success of parolees is what is delivered to them, by whom, and in what fashion.

In other words, tailoring treatment and supportive programs to the specific needs of each parolee can be a far more effective approach to reducing recidivism.

The barrier to this method is, of course, money. Providing individualized services like this requires funding for programs both inside and out of jail, as well as training for criminal justice workers, hours for supervision of parolees, and so forth.

Yet, even in small doses, a more customized approach can be effective. For example, the Colorado State Board of Parole trains its members in motivational interviewing techniques. These techniques are applied during parole hearings as a way to decrease the offender’s resistance to the process while also promoting their readiness for change. This, in turn, can improve the inmate’s commitment to their program of release, which reduces the likelihood that they will re-offend.

Finding a job – let alone a good job – can be difficult for ex-prisoners. The stigma of having been incarcerated is a significant barrier to employment, while some careers are simply off-limits to people who have a criminal record.

As Ray, Grommon, and Rydberg (2016) note, having a stable job not only helps parolees provide for themselves, but it can also foster feelings of pride, self-confidence, and ties to the community. Without these and other benefits of employment, the risk of recidivism greatly increases.

Housing instability should also be counted as one of the primary barriers to reentry.

Much like not having a job can increase recidivism rates, so too can not having a safe, secure place to live.

But creative solutions to this problem have been proven to work.

For example, the Los Angeles County Office of Diversion and Reentry developed an initiative that provided housing and case management services to parolees.

A study of this initiative found that participants had housing stability rates of 91 percent after six months and 74 percent after 12 months. Yet, only 14 percent of the population studied had new felony convictions.

Reducing recidivism programs like this demonstrate how successful planning, coordination of stakeholders, and a commitment to helping parolees transition back to normal life can be. Yet, these types of programs are not all that common, making it more difficult to reduce recidivism.

Studies show that the longer an inmate is incarcerated, the more likely they are to experience post-traumatic stress disorder-like symptoms (Liem & Kunst, 2013). These symptoms are commonly called post-incarceration syndrome.

The manifestation of post-incarceration syndrome involves PTSD-like symptoms – anxiety, alienation, and social-sensory disorientation. Furthermore, institutionalized personality traits are also common and typically take the form of social withdrawal and mistrust of others, to name but two.

Parolees with post-incarceration syndrome face a significant uphill battle once they reenter society. As noted earlier, finding a job and housing can be extremely difficult as it is, but with significant mental health issues present, successful reentry becomes that much more difficult to attain.

Again, without proper supports in place, newly-paroled people are all but left to “go it alone,” which can be a recipe for re-offending.

Master of Science in Counseling | University of Wyoming

Bachelor of Science in Information Technology | University of Massachusetts

Bachelor of Arts in Social Studies Education | University of Wyoming